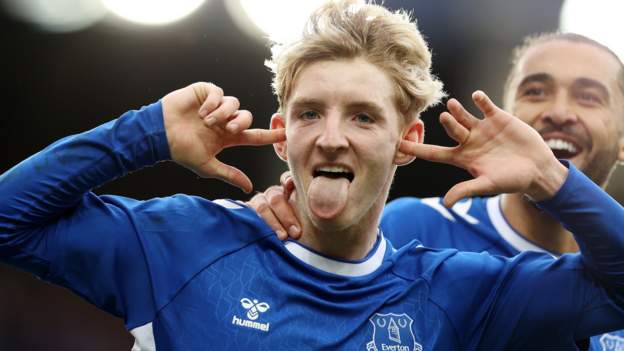 Chelsea and Newcastle are keen on signing Everton forward Anthony Gordon before next Tuesday’s transfer deadline.

Both clubs tried to sign the 21-year-old in the summer but neither could agree a fee with the Toffees.

However, there is a belief Everton may be more open to a sale this month in order to generate funds for Frank Lampard’s replacement as manager, although it is unlikely either would pay the £60m Everton would ideally want.

The situation is complicated as it is not known how long it will take Everton to name a new manager.

Nevertheless, it is expected both clubs will step up their efforts to sign Gordon, who was an unused substitute in Saturday’s 2-0 defeat at West Ham, which proved to be Lampard’s last game in charge.

It has been suggested Chelsea would be willing to loan Gordon back to Everton for the remainder of the season, although it is felt Newcastle are favourites to sign the England Under-21 international.

Meanwhile, the Netherlands’ Arnaut Danjuma is on the brink of joining Tottenham after turning his back on a deal with Everton.

Danjuma appeared to have agreed terms with the Merseyside club over the weekend.

However, before the 25-year-old could sign his contract, Tottenham made their move.

Danjuma is now set for a medical with Spurs before joining on loan from Villarreal.

Tottenham boss Antonio Conte has been pushing for additions to his squad before the transfer window closes to aid their attempts to finish in the top four.