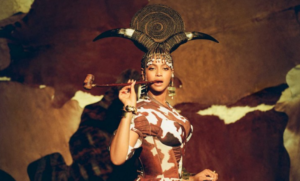 Unless you have been cut off from pop culture for the last twenty years, there is a good chance that you know who Beyoncé is. Former member of Destiny’s Child, master of the surprise album drop, and the highest-earning Black musical artist of all time, Beyoncé is a force to be reckoned with.

Recently, Billboard’s greatest pop start of the 21st century released Renaissance, part one of a three-act project. In the three months since the album hit shelves and streaming services, I’ve been subjected to a trend that surges every time Beyoncé puts new music out: Non-Black people make a point of telling Black women that they dislike Beyoncé’s newest offering or Queen Bey herself. It’s happened to me, it’s happened to my friends, it’s a near-universal experience.

If you’re that friend, colleague, or acquaintance, please listen up. While everyone is certainly entitled to their opinions, the distaste for Beyoncé is usually shared despite the fact we never asked for it. I’ve had non-Black friends call specifically to tell me they disliked Lemonade, that the single “Be Alive,’ just wasn’t good music,” and interrupt a non-related conversation to share that “Homecoming didn’t do anything for me.”

This is because, for the last five years, Beyoncé’s music has been painstakingly aimed at, written for, and catered to the Black community, specifically Black women. Up until 2016, Beyoncé cultivated a universally-accessible brand of girl power.

Everyone remembers learning the “Single Ladies (Put a Ring On It)” dance and rushing to listen to the self-titled album, Beyoncé, when it dropped with no warning before Christmas in 2013.

Her artistic direction took a notable turn on February 6, 2016, when Beyoncé released her single “Formation” with an accompanying video. The very next day, she performed the new song at the Super Bowl halftime show and ignited the internet. The Black Panther-inspired outfits of her performance and depictions of police in the music video created an uproar. It was all a swift departure from her previous work.

So much so that Saturday Night Live acknowledged the shift with their “The Day Beyoncé Turned Black” skit just one week later.

Since then, everything Beyoncé has released speaks directly to the Black community, often concentrating on the unique experience of Black women. Critically considered her magnum opus, Lemonade (2016), was a vulnerable meditation on womanism, infidelity, community, and growth.

Beyoncé’s collaboration with husband Jay-Z, Everything is Love (2018), celebrated Black success, Black spaces, and Black wealth. The Homecoming album and documentary (2019) immortalized Beyoncé’s historic 2018 Coachella performance and introduced the world to the joy of homecoming events at Historically Black Colleges and Universities.

2020’s Black is King explored the beauty and diversity within the cultures of the African diaspora and offered an anthem of love in the form of Beyoncé’s song with daughter Blue Ivy, “Brown Skin Girl.” And her newest album, Renaissance is a bright and sexy celebration of Black ancestors in the Lesbian, Gay, Trans, Bisexual, and Queer community.

In each of these projects, Beyoncé uses imagery, slang, references, and terminology specific to the Black community to share her message. The concept for every project Beyoncé has released since 2016 is steeped in the rich history, creativity, and culture of Blackness. They are love letters to a very specific group of people.

Since this work is not created for you, it stands to reason that, as someone outside of the Black community, you may not understand, like, or even vibe with what Beyoncé has to say right now and that is okay.

But make no mistake: I don’t care one way or another if you vibe with Beyoncé because her work means so much to me, my friends, my family, and the larger Black community. Through her work, Beyoncé has spoken directly to an often-ignored group of people: Black women. Her every project is an acknowledgment that she sees us, she hears us, and she is one of us. Her words seek to empower us and highlight the beauty innate in our very existence.

Not only that, but Beyoncé celebrates Black culture in a joyful way, referencing everything from Soulja Boy to the Yoruba deity, Oshun. She recognizes different experiences, religions, languages, sexualities, and homelands instead of seeing us as a monolith. This allows her work to bring the Black community together, bridging gaps in knowledge and creating new points of connection.

Nowhere is this more apparent than in Lemonade, which introduced a whole new world of people to the poetry of Warsan Shire, the booming voice of Big Freedia, and the beauty of Julie Dash’s 1991 film Daughters of the Dust. There was so much reverence and detail in Lemonade that Ph.D. student Candice Benbow created #TheLemonadeSyllabus and inspired book clubs across the world to meet and discuss the meaning and references behind the album.

Having such an intense personal connection to the work of Beyoncé means that I, and many other Black women, don’t care when others dislike her work. Any moment now, the second act of Beyoncé’s Renaissance project will drop. Before you pick up the phone to tell a Black woman how you feel about it, I implore you to stop and ask yourself why you feel the need to share your unsolicited opinion.

If your goal in telling us about it is to “play devil’s advocate” or be convinced otherwise, we’re not going to engage with that. It makes no difference to us if you like Beyoncé. If your goal is to let your friend who loves Beyoncé know that you don’t feel the same, don’t you think it’s rude to interrupt her listening party just to share your (unsolicited) thoughts? Your dislike of Beyoncé won’t do anything to change how we feel about her, but if you keep reaching out to just tell us about it, it will make us less likely to confide in you and trust you with real conversations around things that matter to us.

Is that really worth it? If Queen Bey’s music isn’t for you, simply turn it off and move on.