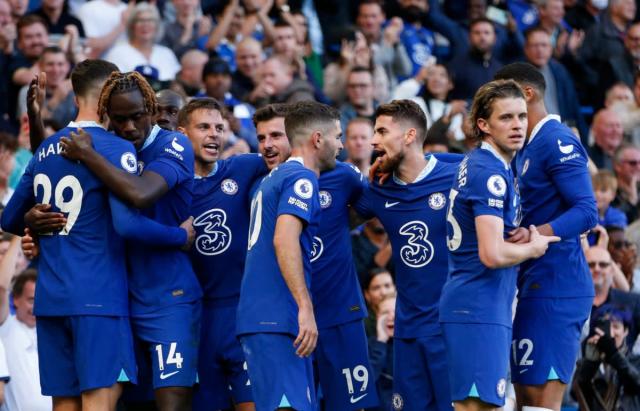 A beaming Graham Potter looked on as Chelsea demolished Wolverhampton Wanderers 3-0 to complete a superb week and provide his exciting new reign with lift-off. After sweeping AC Milan aside midweek, Potterball is starting to blossom with a thoroughly dominant display eventually justified by the score following a period of immense patience.

Kai Havertz’s opener and stunning individual efforts from Christian Pulisic and Armando Broja, a debut strike for the 21-year-old, saw the Blues move into the top four.

Managerless Wolves, led by interim coach Steve Davis, struggled to pose a persistent threat on the pitch, but the expectation to grab three points, sandwiched between Champions League games against the Italian champions offered further insight to Potter becoming increasingly comfortable at the top level.

The midweek victory over the Rossoneri gave Potter validation; the Blues boss labelled the 3-0 victory and surge in form as “progress”, before quickly reiterating that there was “a long way to go”. But that masterful game plan and switch in formation bolstered Potter’s ability to shuffle the pack and combat what he expects to be “a really intense period”.

With a trip to the San Siro on the horizon, seven changes and reverting to a back four offered the perfect test as Potter strives for “the balance between change and consistency”.

One player poised to profit is Conor Gallagher, who has quickly banished memories of that red card against Leicester. A waspish presence from the first whistle saw Gallagher pester and hurry an isolated Jonny. And with Goncalo Guedes merely observing from afar, Cesar Azpilicueta gleefully ventured forward at every opportunity as the Blues repeatedly applied waves of pressure down the right.

With Kalvin Phillips an injury concern for Gareth Southgate, Gallagher could yet snatch a place on England’s plane to Qatar, and his ability to knit play together and operate between the lines proved to be fundamental to Chelsea’s early dominance. A curling effort after a neat interchange with Mason Mount narrowly missed the far post inside two minutes before turning supplier for Kai Havertz inside the box as the German blazed over.

For all the hosts’ dominance, there was the hint of an upset through the back door for Wolves, with Adama Traore’s pace and Matheus Nunes’ trickery on the run presenting a threat on the counter. Wolves’ record signing slalomed his way through the Blues’ midfield and arrowed a ball into the path of the onrushing Guedes. Azpilicueta wisely extinguished the danger, conceding a free-kick on the edge of the area. But Joao Moutinho’s subsequent effort was comfortably punched clear by Kepa Arrizabalaga.

Pulisic is another player starving for minutes to inspire the kind of form the United States crave ahead of a meeting against the Three Lions in Qatar. The American, stretching Wolves throughout as he hugged the touchline, appeared at ease dancing off the wing when the ball eventually shifted in that direction. Sporadically seen, his sparkling best teases the prospect of a genuine force at the top level, but Pulisic has disappeared throughout most of the last 18 months.

After dragging an effort wide of the near post, Pulisic displayed explosive speed to cut inside with his curling effort destined for the top corner, but Jose Sa tipped it around the post for a corner.

Just as frustration was starting to creep in, more space down the right afforded Mount the time to clip a cross towards the back post, with Kai Havertz clambering over Nelson Semedo and looping a header over Sa to break the visitors’ resistance in first-half stoppage time.

A sluggish start to the second-half saw Traore in space, with Costa tantalisingly close to converting a cross with a header.

And if a ruthless streak, especially against lesser opposition, was routinely missing from Thomas Tuchel’s Chelsea towards the end, it emerged nine minutes into the second half. Pulisic darting in off the left again, swapped passes with Mount, whose reverse ball afforded the 24-year-old enough time to delicately lift the ball over Sa to double the advantage and effectively make the game safe.

With delight painted across Potter’s face, interim boss Davis quickly prepared a change, providing his striker with a special reception from all four corners of the stadium. Turbulent at times across three seasons, Costa is fondly remembered after his 59 goals helped deliver two Premier League titles. And just shy of 40,000 collectively showered him with praise as Hwang Hee-Chan patiently waited on the touchline. Costa resisted the shortcut and instead lapped up cries of ‘Diego’ from the Matthew Harding stand.