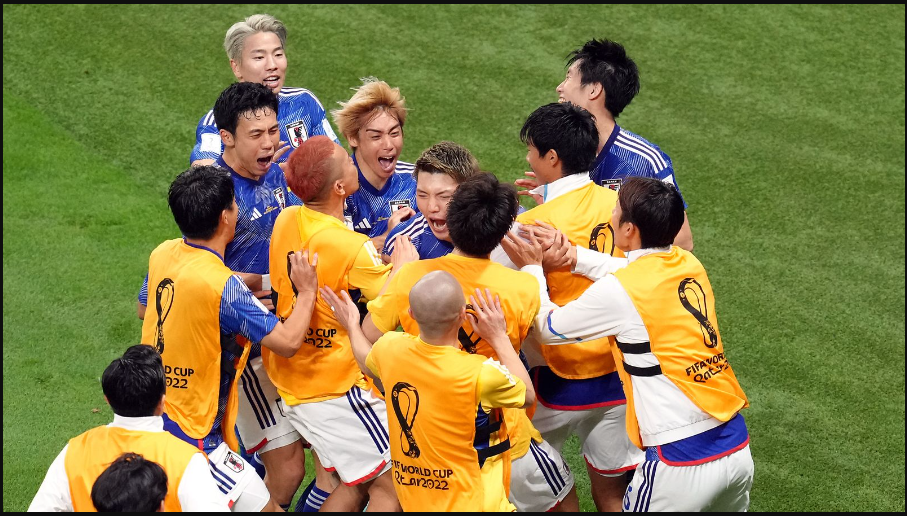 Match report as Ilkay Gundogan put Germany ahead in the first half but Ritsu Doan and Takuma Asano scored within eight second-half minutes for Japan to secure a famous World Cup victory; Japan had never previously beaten Germany and go top of Group E ahead of Spain vs Costa Rica

Japan stunned Germany with a late comeback in their World Cup opener, with goals from Ritsu Doan and Takuma Asano seeing them win 2-1 at the Khalifa International Stadium.

Japan had never previously beaten their European opponents, but they capitalised on German errors and missed chances to secure a famous victory in the first game of Group E.

Japan had an early ‘goal’ from Daizen Maeda ruled out for offside too, but Hansi Flick’s side soon went ahead after a clumsy challenge from goalkeeper Shuichi Gonda on David Raum gave them a penalty and Ilkay Gundogan slotted home from the spot (33).

Germany thought they had scored a second at the end of the first half, but Kai Havertz’s strike was also ruled out for offside.

The four-time World Cup winners continued to see chances come and go – Gundogan hitting the post on the hour – before Japan used their lightning quick attack to score twice late on.

Four minutes after coming on as a substitute, Doan (75) turned home from close range after a Manuel Neuer save. Germany were then caught out with a ball over the top, allowing Asano (83) to smuggle the ball home on a tight angle.

Each Japan goal was greeted with a team bundle at the corner flag, and there were joyous celebrations at full-time. For Germany, their poor World Cup form continues, having finished bottom of their group at the 2018 tournament, with Spain and Costa Rica yet to play in Group E.