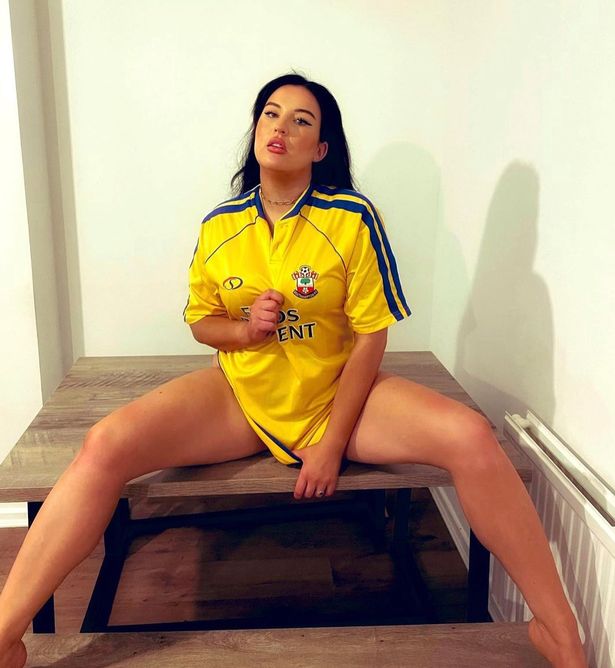 Daily Star Sport exclusively revealed how a Chelsea star “romped with an OnlyFans model famous for her oral sex tour behind his girflriend’s back”.

But he’s not the only Premier League footballer who has been embroiled in sex worker scandals.

Below are the most recent revelations – from a Manchester United ace who “bargained an escort for a discount because he was so popular and hot” to an England player who “bedded a £150 transsexual prostitute”.

Then, earlier this year, she gave an exclusive interview to Daily Star where she said worried WAGs DM her demanding names.

The escort and OnlyFans model said: “I was getting messages on Instagram from girls saying, ‘Hey, my boyfriend is in Manchester United and I was wondering if he was with you’…I was like ‘Oh my god this is so weird’.”

Shona, who is now based in London, also said one of the players “bargained for a discount” because of how attractive he thought he was.

Still baffled, she remembered: “From the beginning with him it was a big bargain. He said ‘I’m so hot I should not even pay’ so it was already a discounted price.

The former engineering student has never revealed the names of the randy trio who she claims paid her for sex.

Blue Me Away
Adult star Paola Saulino claims to have pleasured “hundreds” of men on an oral sex tour – and last week she unearthed an alleged affair with a Chelsea favourite.

But she said the love rat left her feeling “used and humiliated” after the saucy fling that she said started with a car romp.

Remembering her explicit encounters, the 32-year-old Italian said: “He used to ask me for nudes every day.

“He used to say ‘one more please’ and ‘last one’ and I loved playing that game. Sometimes I would stop texting and sending photos and then late in the night I would send one last hot pic so he could see it once he was awake.”

She met the athlete, who we chose not to name, at a villa before claiming they hooked up in a car.

But the said affair came to a bitter end, according to Paola, who claimed his “aggressive” agent confronted her.

Paola said: “I don’t know if I was more sad or angry.

“I started seeing him for the first time for the real way he is, a bad guy, a liar, disrespectful and ready to use people.

“He used me and he cheated on his girlfriend. What kind of man is this?”

Not so Saintly
The daughter-in-law of Southampton legend Matt Le Tissier opened up to Daily Star recently about how sex work saved her family from financial doom.

She became an OnlyFans and Babestation model during the pandemic – but claimed her famous father-in-law was “disappointed” and asked her to change her surname on her explicit page.

The 30-year-old mum-of-four said: “I was most disappointed with his family’s reaction. They were not very nice about it. They asked me not to use my name and for a while I didn’t.

“At the time it was really hurtful. Prior to being married I kind of had built up my own – I don’t want to say fanbase – but my own little following on Instagram.

“I don’t have millions but I had 25,000 followers and that was all from blogging and I used to do influencer things around Southampton and that was before I got married.

“So I felt like I had built up my little platform without the name.

“Unless you knew us both already nobody knew I was dating Matt Le Tissier’s son because I’m just not that person.”

Le Tissier, who recently stepped down as an ambassador to Premier League club Southampton, declined to comment on the story.

Mistress Estee’s TikTok videos received a mixed response, and she later posted: “When I get the blame for being a homewrecker, when I’m just doing what I’m paid to do.”

She claimed to have had a sex meeting with the star who she said gifted her a City top.

The brunette beauty, who is English-born and half-French, also joked that while the player plays for City, he went to her “theatre of dreams” in her red-walled dungeon.

She was 21 at the time and didn’t reveal the player’s name, although she claimed the City jersey she posed in was his.
https://paste.cutelyst.org/OEED4UfuR

Kiss and Tell
A household England player paid a transexual prostitute £150 to bed her – before being involved in a £30,000 blackmail attempt.

This is according to The Sun, which claimed the Premier League ace found the pre-op woman on an escort site.

He allegedly visited her for sex in April last year on multiple occasions but was secretly recorded.

The international was then asked to pay £30k to the escort but she was arrested on suspicion of blackmail after he went to the cops.

A source told The Sun: “No one knows if the player knew the woman was transgender, but he was desperate to keep her quiet once she threatened to expose him.

“He handed over the cash on a few occasions before realising that the only way of stopping the situation was by going to the police. They were keen to gather evidence because blackmail is a serious crime.”

Kicked out
According to the same newspaper earlier this month, an England footballer was given the boot by his partner after “falling in love” with an escort.

The love rat was not named but he allegedly paid the woman £35,000 in seven months.

He also splashed out £20,000 on gifts to the blonde sex worker he was apparently “besotted” with.

But his cheating was exposed after his girlfriend went through his phone while he was in the shower.

A source told The Sun: “They had issues before, and she never believed he would cheat on her again.

“She was deeply hurt that he hired an escort and then fell in love with her. Pretty Woman this is not.

“She wants to walk away for good but is thinking of their family. It’s been a rotten time.”